Back to the roots 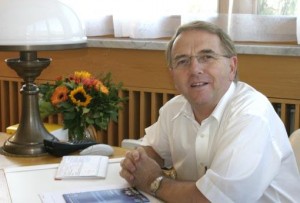 At some point our little ones start to wonder where they came from and how they came into being. In the case of children conceived by artificial insemination, the explanation may sound a little less romantic. The parents can, however, succeed in handling the issue as if it were completely “normal”.

Recently my assistant entered the consulting room and told me that a young man wanted to see me and was waiting outside. With great anticipation I went outside and met a neatly dressed and handsome young man. He came up immediately and greeted me in a very friendly manner. I asked him how I could help, whereupon he introduced himself and gave me the best regards on behalf of his parents.

Success at the very first attempt

His name sounded familiar to me. In the early 1980s his parents who lived about 300 km away from Bregenz got in touch with us in order to undergo in vitro fertilization (IVF).
It was an instant success: The transfer of two embryos (good four-cell embryos were used back then) lead to an intact pregnancy. The woman gave birth to a healthy child.

He wanted to see where he had been as an embryo, and moreover, he wished to meet me in person. I was amazed by the path the young man had embarked on: After having completed his medical degree, he enjoyed himself during the summer holiday and undertook a longer trip around the world before starting his clinical training for medical doctors.

Be honest from the beginning

His parents were always honest regarding his origins and they told him about everything. This is why the young man has never had any reservations about IVF techniques. He listened very closely when I talked about the progress reproductive medicine has undergone in the meantime.
Our Center in Bregenz was enlarged from a floor area of initially 150 m² (even back then specialized in IVF) to meanwhile around 2.000 m². A multitude of new techniques, new equipment etc. has been introduced and has been established. Although, due to his studies and to what he has learnt from his parents much of it was familiar to him, the young man was surprised by today’s wide range of treatment options. After having been shown around our center for about one hour, he seemed to be happy and full of pride and said cordially good-bye.

Who knows what the future may hold…

When the young man left – now that he has come back to his roots – he gave me a bottle of excellent home-made wine with the best wishes from his parents.
Who knows – perhaps this open-minded young man will one day become a reproduction specialist? If so, he would certainly dedicate himself to this task with absolute conviction, commitment and ambition. I would be delighted with it.

« Having kids despite non-vital ...Happy family »